A new program centred around the development of a working community

2017 marks the opening of Khiasma’s new programme, Plateforme. Based on the development of a community at work, Plateforme will transform Espace Khiasma in a space for research and experimentation and all types of public discussions and events. Workshops, screenings, readings, meals, conferences, performances, presentations of works in progress are as many possibilities of public gatherings for the groups that will develop a long-term companionship at and with Khiasma. If the narrative arts will be central – artists’ cinema and inventing words – Plateforme will seek out accomplices amongst the social sciences, music, practices of the self and way of making society in the city’s margins. Artists, students, neighbours, curators, community activists and collectives will progressively occupy and share one same space and the soundwaves of the online sound platform R22 Tout-Monde, that will weave this adventure’s multiple voices. 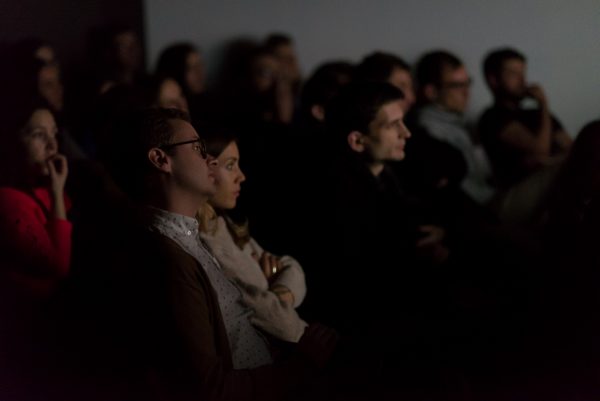 What is the latest on the program for Plateforme?

Khiasma has always embraced and been strengthened by oral art forms. As well as contributing significantly to one of the highpoints of the year (The Relectures Festival), Platform has also allowed us to open up a new space of experimentation for live practises in art schools: sound techniques and hybrid forms integrating music, performance and spoken word.

In January, Khiasma hosted a group of creative writing Masters students from Paris 8, for a week of workshops lead by Lionel Ruffel around the theme Publier Tarnac. The workshop will lead to a public restitution of the on 3rd March. You can find out about the different projects in our magazine. 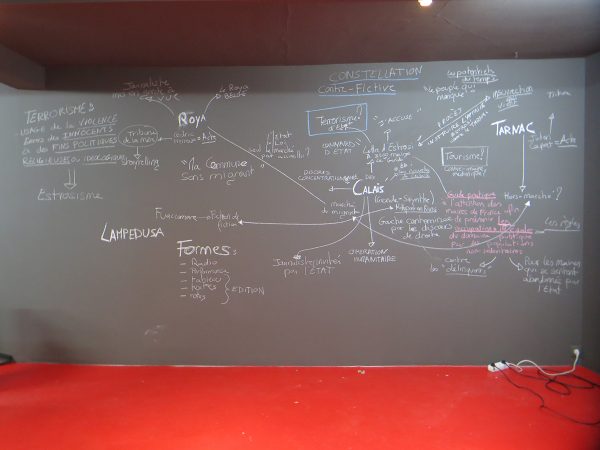 In April, a group of students from Paris Beaux-Arts- but not only- set themselves up at Khiasma for the EVOL workshop. All week long, the ∏-Node, Radio BAL collective («Beaux-arts Live», Paris Beaux-Arts student radio), Zone-Zero (a radio project lead by the university Paris 8) and other musicians, artists, scholars in the field of frequencies and electronics and radio activists in all their forms, will come and inhabit L’Espace Khiasma for a workshop around radio experimentation in all its dimension: physical, spoken, poetic, sound and interpersonal. Some extracts from the week have been selected and will soon be available of r22 Tout-monde. 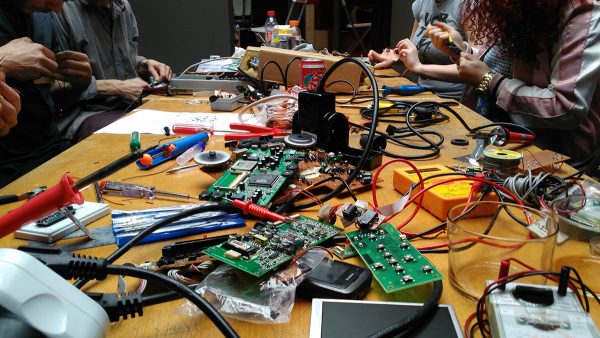 In 2017 the Brazilian artist Ana Vaz, set herself up here at l’Espace Khiasma for a yearlong residency, her work touched upon and intertwined with the integrality of Khiasma’s activities. 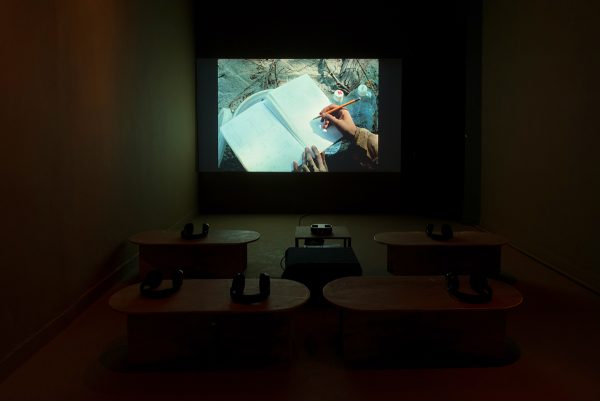 As a continuation of Alice Rivieres’ residency at Khiasma in 2015-2016 around the Mutando project, the Dingdingdong collective, made up of researchers and artists, got together at Khiasma to develop their projects and workshops around the theme of Huntingtons disease. To find out more, go to the Khiasma magazine page. 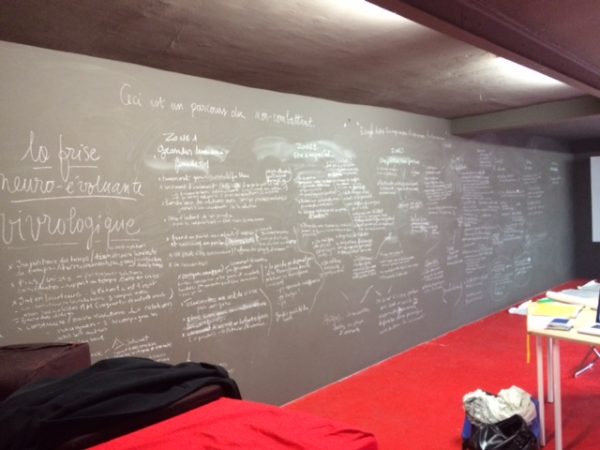 La Bande is a network or artistic actions and education around image, initiated by Khiasma, which brings together three spaces: L’espace Khiasma (Les Lilas), la Maison des Fougères (Paris 20e) et la Cabane Fleury (Paris 20e). Situated in the east of the 20th district and the nearby town of Lilas, these three anchor points are spaces of creation, shared reflection and meeting. Together, they lead a number of participative arts projects and reimagine the area with its inhabitants, erasing its borders and offering a communal playground. Every month La Bande au cinema takes over l’Espace Khiasma for a ciné-goûter – to discover many different forms of cinema and expand our outlooks: Short , long, animation, documentary, experimental, colour, poetic, musical !

For a second year, Khiasma is running La Montagne des devenirs, project, short-film production workshops for children and teenagers from Lilas and Romainville during the school holiday’s in partnership with the cinemas Garde-Chasse (Les Lilas) and the Trianon (Romainville).
For a period of three month, Khiasma will be exhibiting the various productions of education and youth projects run throughout the year. A series of installations, hangings, and projections and meetings which will bear witness to the dynamism and energy of the budding Lilas and Bagnolet artists. 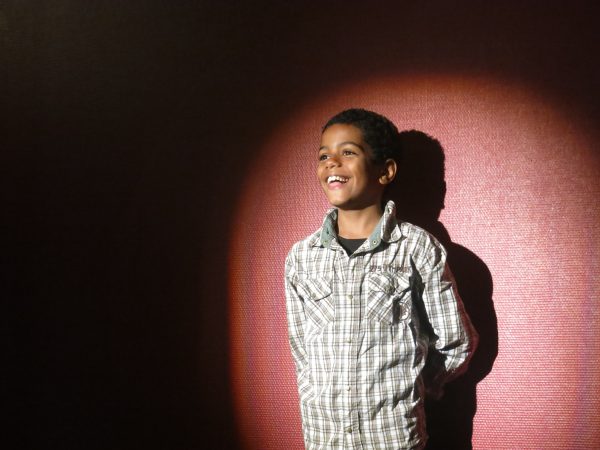 During one of the shoots at the short-film workshop, «La Montagne des devenirs».

An incubator for artists and a veritable space for research and exploration, the Lundis de Phantom– organised by Fabrique Phantom, are an occasion to exchange around artistic practises and to hear about projects in course. After Liv Schulman’s presentation, of her mini-series which she was in the process of developing at Galerie de Noisy-le-Sec in March, it was Katia Kameli turn in April. 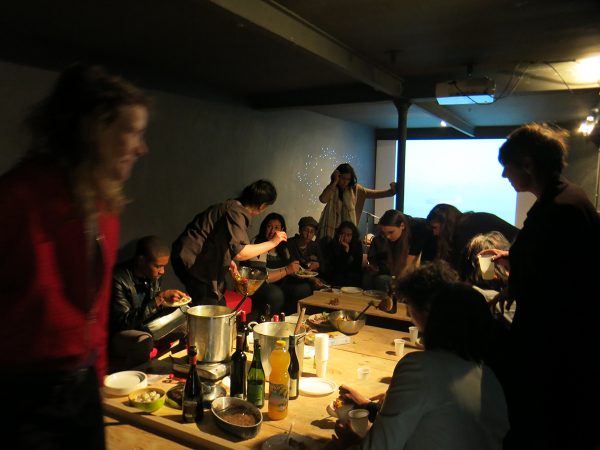 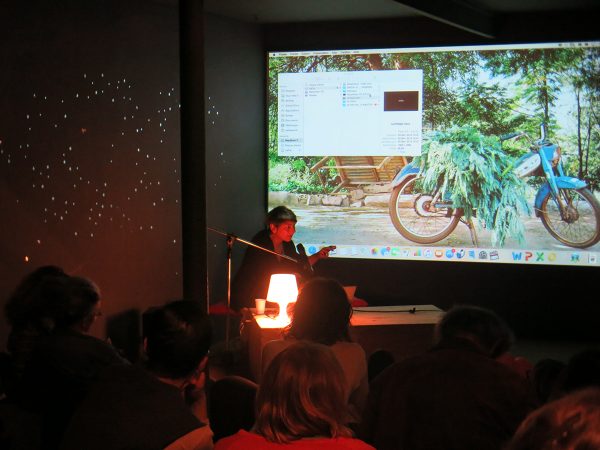