This Phantom session, part of the festival Bande(s) à part at the Magic Cinema in Bobigny, will be the occasion to present in preview a film that was nurtured by a long residency at Khiasma and begun in Tremblay-en-France in the Seine-Saint-Denis. Histoire de l’ombre (histoire de France)/History of shadow (history of France) recounts the story of two individuals who leave an undetermined place (France?), on foot, wandering toward the unknown. From dream to nightmare, they discover new worlds, worlds whose existences they never imagined. After several videos, installations and short and mid-length films, (Le Nouveau nouveau monde, La Préhistoire, Grand Capricorne et La Première phrase), Histoire de l’ombre (histoire de France) is Alex Pou’s first feature length film, in which he collaborated with the actors Sharif Andoura and Jean-Baptiste Verquin.

Screening followed by a discussion between the filmmaker and Olivier Marboeuf, producer of the film. This discussion will be preceded by an encounter with Ismaïl Bahri.

As part of the Séances Phantom, a program proposed by Olivier Marboeuf, as part of the Fabrique Phantom (www.lafabrique-phantom.org), a new platform developed with the support of Khiasma, dedicated to the accompaniment of cinematographic projects. 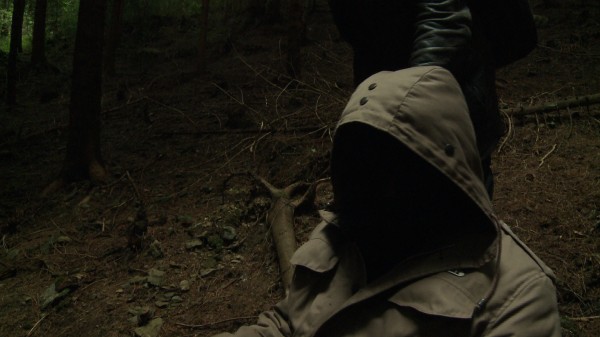 Since 2004, Alex Pou has made films and videos shown in art centers, galleries and cinemas. In parallel with his film work, he teaches at the Fine Arts School in Clermont-Ferrand (ESACM), where he collaborates (with both invited guests and students) on group films, including ‘Un film infini (le travail)’, a film without a screenplay, without a length and with no determined author. He questions the notion of ‘performed’ cinema. He also makes drawings which are conceived of as a form of scenario for films that would be impossible to make, using collage as editing, image as projection, writing as screenplay or dialogue, accumulation or superimposing as rush and dimension as length.
He was in residence in 2011-2012 at the Espace Khiasma, where he developed part of the writing and research for his film Histoire de l’ombre (histoire de France), with the support of the Seine-Saint-Denis department

Bande(s) à part, offers the opportunity for the public to appreciate the work of an internationally renowned filmmaker: Chantal Akerman. The totality of her films, presented in her presence.

And to discover, with the Nouvelles écritures cinématographiques, a rebellious cinema, made and conceived of by a generation of filmmakers that dare to upset the classic codes of narrative: thirty films, with a focus on Belgium, French innovations and an international hors-champs.