As part of the cycle possessions

Who Needs A Heart is a parable of political becoming and subjective transformation; it remains one of BAFC’s most controversial films. Akin to a sophisticated home-movie history, a record of life on the fringes in London between 1965 and 1975, the film explores the forgotten history of British Black Power through the fictional lives of a group of friends caught up in the metamorphoses of the movement’s central figure; the counter-cultural anti-hero, activist and charismatic social bandit Michael Abdul Malik. Formerly known as Michael X and christened Michael De Freitas, he left England in 1970 and was tried and executed for his role in an unsolved murder in Trinidad in 1975. The film nevertheless holds him at a distance, tracing his career through contemporary TV and radio bulletins which counterpoint and parallel the lives of the group. With sparse dialogue, the film is supported by a soundtrack that includes the music of Eric Dolphy, Ornette Colemen, Albert Ayler, Anthony Braxton, John Coltrane, the Chicago Art Ensemble and ritual Tibetan music in an exploration of the expressionistic capacity of music to contextualize the movement of images. 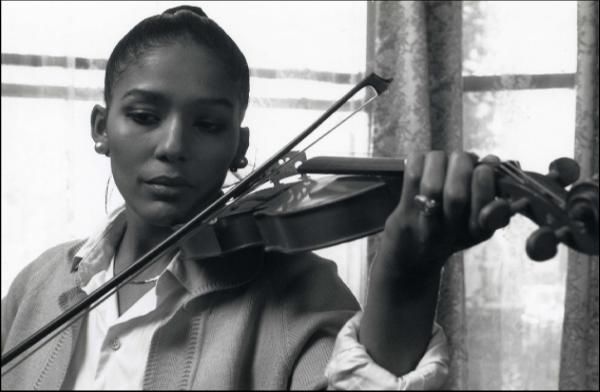 John Akomfrah is a member of the Black Audio Film Collective. Founded in a context of growing neo-Fascism, police brutality and extreme racist problems in the United Kingdom in the 1980’s, the Black Audio Film Collective (BAFC) produced some of the most poetic and provocative works of this period, before breaking apart in the 1990s. Handsworth Songs, the BAFC’s acclaimed film-essay, considers the racial riots of 1985 in Handsworth and London. Intertweaving archival photographs, excerpts from newsreels and a sequence of amateur films, the film is both an exploration of the documentary aesthetic and a meditation on social and cultural oppression seen through the prism of the racism and economic decline of Great Britain.