«The Third Part of the Third Measure» & «Sunstone»

One day after the opening of the exhibition «Op-Film: An Archaeology of Optics» by Filipa César and Louis Henderson at Espace Khiasma, and in echo to the first day of the «Black Lens» seminar, organised that day by Khiasma at La Colonie (Paris), the séances Phantom present Sunstone, a collaborative film by Filipa César and Louis Henderson at the heart of the exhibition at Khiasma, alongside one of the latest films by British duo The Otolith Group, The Third Part of the Third Measure.

The screenings will be followed by a convesation with all the featured artists (Kodwo Eshun & Anjelika Sagar from The Otolith Group, Filipa César and Louis Henderson). 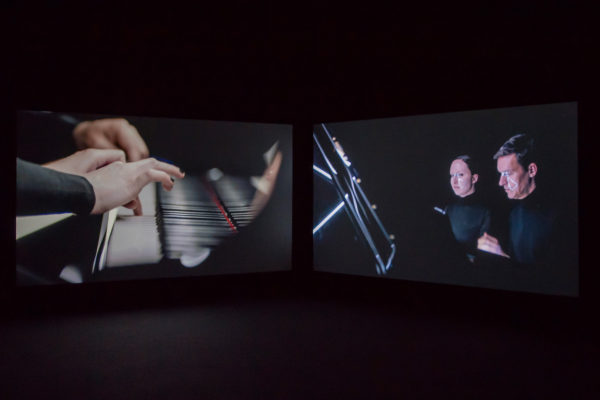 Sunstone by Filipa César and Louis Henderson (2018, 35′)
Sunstone tracks Fresnel lenses from their site of production to their exhibition in a museum of lighthouses and navigational devices. It also examines the diverse social contexts in which optics are implicated, contrasting the system of triangular trade that followed the first European arrivals in the ‘New World’ with the political potential seen in Op art in post-revolutionary Cuba.
Incorporating 16mm celluloid images, digital desktop captures and 3D CGI, the film also maps a technological trajectory: from historical methods of optical navigation to new algorithms of locating, from singular projection to multi-perspectival satellitic visions. Registering these technical advances progressively through the film’s materials and means of production, Sunstone creates “a cinema of affect, a cinema of experience – an Op- Film.”