In the presence of the filmmakers.
Fee: 7 €

This projection is part of the Séances Phantom 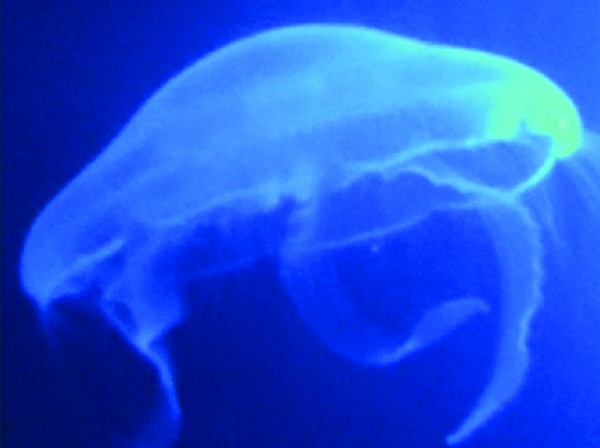 Synopsis
In Search of UIQ (2013) unfolds the story of Félix Guattari’s lost science-fiction screenplay, Un Amour d’UIQ. This unpublished work, written in the heart of the 1980’s, posits the discovery of the Universe Intra-Quark (UIQ), an alien unformed intelligence hailing from a parallel dimension who falls in love with one of his human hosts, with catastrophic consequences for the entire planet. Between documentary, fiction and essay and using a deployment of video and film archives, letters and other documents that interweave in a series of fabulations, In search of UIQ explores what the Guattarian infra-quark cinema should have been (and could still become), by observing its relations with the most significant social and political transformations of our epoch from the struggles for autonomy through to the digital encoding of life.

Biography
Graeme Thomson & Silvia Maglioni are filmmakers whose work interrogates potential forms and fictions emerging from the ruins of the moving image, and whose practice also includes the creation of sound and videoinstallations, performances, eventworks, radio shows, tube-tracts and books.
Their first feature film, Facs of Life (2009), draws on encounters with a number of former students of Gilles Deleuze and with the video archive in which they appear, navigating between the terrains of documentary, fiction and essay to explore aspects of Deleuze’s philosophical legacy.
In Search of UIQ (2013) unfolds the story of Félix Guattari’s lost science-fiction screenplay, Un Amour d’UIQ, through a series of fabulations and spectral re-enactments, in relation to key social and political transformations of our time from autonomist struggles to the digital recoding of life.
Since 2006, the artists’ production (and, on occasion, resistance to production) has emanated from « Terminal Beach », a constructivist zone for critical reflection, exploring possible new configurations of image, sound, text and politics, sometimes in alliance with other collectives.
Their work has been presented in a number of international festivals and art spaces including FID-Marseille, Bafici, Jihlava, Anthology Film Archives, Tate Britain, Serralves, Centre Pompidou, Redcat, MACBA, Ludwig Museum, Castello di Rivoli.