Part of the exhibition "Ma'aminim, the believers"

Ma’aminim, (the believers), the 7th edition of Chapelle Video, a proposition of the independent curator Guillaume Désanges, exhibits works of art, but also militant posters, clips and films—formal experiments, fragments of a prolific poetic and political production which has accompanied the social movements traversing France, and in particular the Seine-Saint-Denis region, since 1968. In this instance, the “believers” designates political believers, those who fight for an ideal and hope to change the world through collective action.
Part of the exhibition proposed by the Saint-Denis Museum of Art and History, the Espace Khiasma hosts two film projections and an encounter on the subject of the singularities of research concerning militant cinema. 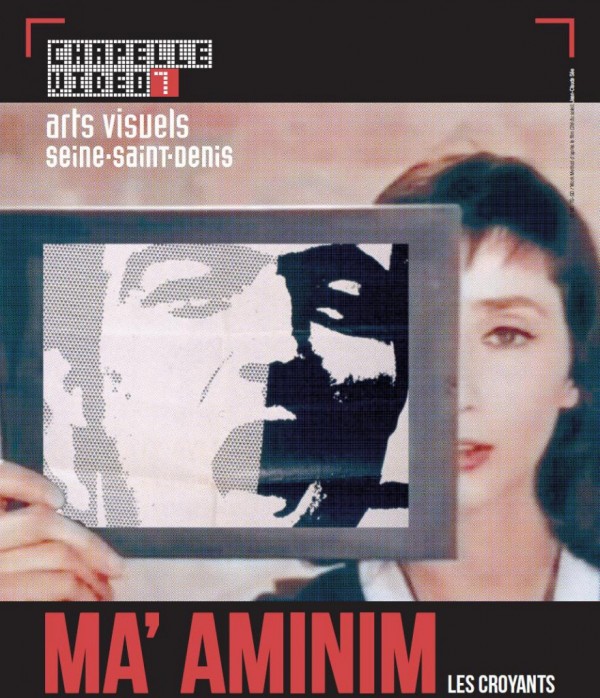 Soleil O is a French-Mauritanian film, directed by Med Hondo in 1969 and released in 1973. An African immigrant seeking work discovers the asperities of “la Douce France” (“Sweet France”), the racism of his colleagues, the disinterest of unions and the indifference of African dignitaries living in Paris. A cry of revolt against all forms of oppression, colonization and all of its political, economic and social consequences…Soleil O is the title of a Caribbean song that recounts the struggles and pains of the Blacks brought to the Caribbean from Dahomey.

In “Treasures of Arab, Kabyl and Berbere Scopitones” (Scopitone: Panorama jukebox), we discover the bard in exile, Slimane Azem, the Berbere glam-rock of the Abranis, Kamel Hamadi’s exquisite songs dedicated to his wife Noura and the classic hits of Idir. The folklore of bars in Barbès led by the dazzling Salah Sadaoui is countered by that of Jerrari, a rival Tunisian comic. The Moroccan crooner Doukkali and the audacious Mazouni are accompanied by veiled Oriental dancers or girls in mini-skirts. Vigon the Moroccan and the Algerian Golden Hands perform Rhythm and Blues and electric pop to a Dick Sander’s type choreography that would make James Brown blush. […]

What politics of research for militant cinema?
Encounter with Catherine Roudé and Olivier Hadouchi.
Moderators: Guillaume Désanges and Olivier Marboeuf

University research is essential to the discovery, classification and understanding of films that have accompanied the political struggles of the 20th century. But can this material be treated as any other? Is there a hiatus between scientific and political commitment? What balance should be sought in investigation, between critique and celebration, renewal and nostalgia?

Catherine Roudé is preparing a PhD in cinema. Since 2007 she has worked on militant French films from the 1960s and 70s and in particular, the production company Slon/Iskra, the subject of her thesis, directed by Sylvie Lideperg at the University of Paris I. From 2008-2011 she participated in the programming of conferences and round tables led by Tangui Perron on the subject of social struggles in Seine-Saint-Denis for the association Périphérie (a center for cinematographic creation).

Olivier Hadouchi is a cinema historian and film programmer, a specialist in the cinema of fights for freedom from 1966 to 1975. He has programmed film series or special events for the BAL, Bétonsalon, the Cinématographe in Nantes, and for HEAD and Grütli in Geneva. Additionally, he has introduced films (Jocelyne Saab for the Cinéma du Réel festival and the Cinémathèque, at the invitation of Nicole Brenez), given conferences at the Schools of Fine Arts in Lyon and Nantes and at the Serralves Foundation (invited by Mathieu Abonnenc), and has participated in several symposiums.