Closing of Jean-Paul Curnier’s residency at the Espace Khiasma, as part of the writers’ residency program initiated by the “service livre” of the Région Île-de-France.

With the complicity of the two musicians Yves Robert and Fantazio, the philosopher Jean-Paul Curnier will transform the médiathèqe Marguerite Duras into an agora, pirate ship, area, pow-wow circle…into a primitive stage where there will be question of the relations between predation and democracy. His residency at the Espace Khiasma invited us to philosophize in concert with him; for RELECTURES, it will offer us a veritable “philosophical concert”!

And so, just before his thought assumes the concrete form of a book, it offers us yet another scenic detour. The public that has accompanied him throughout this long and full year will recall that there was question of bow hunting, the destruction of a shanty town, of piracy and bull-fighting, of Pat Garret and Billy the Kid. This manner of considering the exercise of thought has been at the heart of his project: not as a demonstration, but as a tale of adventures, creating a path into the shared space of public discussions.

At the crossroads of anthropology, fiction and political philosophy, Jean-Paul Curnier has undertaken the project of elucidating the way in which democracies could contain the kernel of that which could be considered to be in opposition to them. The most barbaric practice that exists, the most hated, the least defensible socially: predation.
Rereading the philosophers and reconsidering the Greek and North American heritage in light of this intuition, from the conquest of the west to the République de Salé (the Sallee Rover Corsaires), he has developed with us, from encounter to encounter, the idea of an original scene of the appropriation of territory and riches, which moral considerations of the principle of equality would tend to retract.
Yves Robert and Fantazio will join him onstage once again, and the Freudian hypothesis of the “primitive horde” will discover curious affinities with Sam Peckinpah’s Savage Horde… 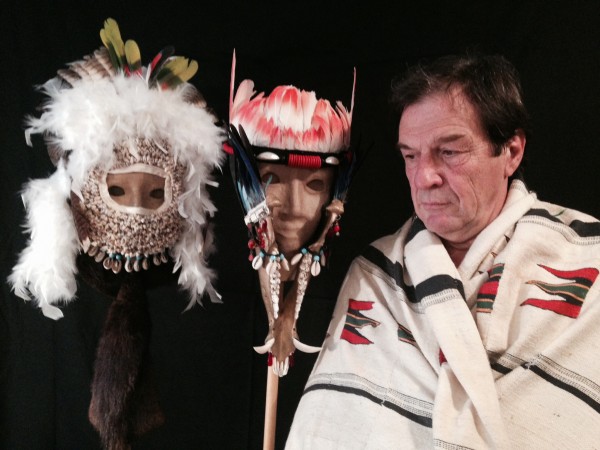 Jean-Paul Curnier is a philosopher, novelist and playwright. A former student of EHESS, he was also a university researcher, adviser to the Ministry of Culture, art professor and editor.

A trombonist, member of the ARFI (Association for Research for an Imaginary Folklore) and of the GRIM (Research Group for Improvisation in Music), Yves Robert is an accomplished musician in the domain of a certain French jazz liberated from American references and traditional forms, recognized for his irreproachable instrumental technique and his desire to push back the frontiers of musical creation.

Singer, performer and musician skillfully able to use the most unsuspected resources available to his instrument (the cello), Fantazio has carved out for himself a distinctive reputation in concert/anthologies in the bars, venues and squats of Paris, Berlin and elsewhere, experimenting with all forms of cultural blending, at the crossroads between rock, jazz, java and improvised music.