Jean-Paul-the-Philosopher assembles around him a “young parliament” to discuss his strange job. A job that is often practiced by discussing things!

At the very beginning, there was that book he had as a child, called Les Chatons barbouilleurs (The Kitten Painters). It told the story of Sage and Image, two kittens who wondered how to tell the difference between their pots of paint, since they didn’t know how to read the names of the colors on the labels. “It’s easy: red is red. Blue is blue” said Image. But in fact, what does “red” mean?

And so, from one thing to another, from “kitten painters” to Descartes, and from Descartes to Wittgenstein, Jean-Paul-the-Philosopher raises many other questions that even adults older than ten haven’t taken the time to think about… 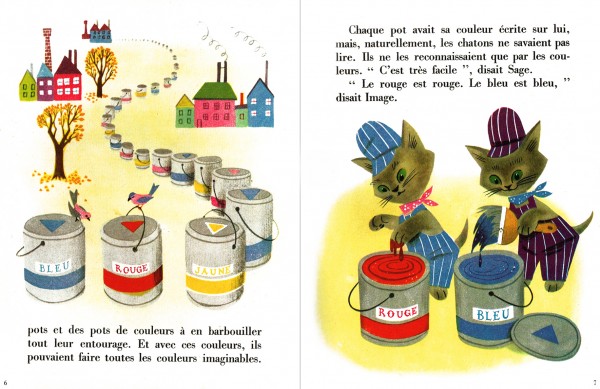 Jean-Paul Curnier is a philosopher, novelist and playwright.
A former student of EHESS, he was also a university researcher, adviser to the Ministry of Culture, professor of art and an editor.
He is currently in residence at the Espace Khiasma, as part of the writers’ residence program initiated by the “service livre” of the Région Île-de-France.

This session is intended only for school-age audiences.