From 22nd to 31st May, Khiasma has hosted ‘Pratiquer les images coloniales’, a project initiated by a collective of artists, teachers and researchers, at a workshop proposed in collaboration with Paris 8 University. Following a proposition made by Catherine Perret and Anna Seiderer, to artist Alexander Schellow, the collective will implicate the participants, in the construction of a participative archive of private films produced in colonial contexts – and the questions that the constitution of such an archive raises. The initiators of this artistic research project invite students to participate in the elaboration of practises and gestures, through which they will question these images.

On Thursday 31st May from 7pm, a public viewing will be held; so as to share the different processes end reflections that have come out the collective’s residence. 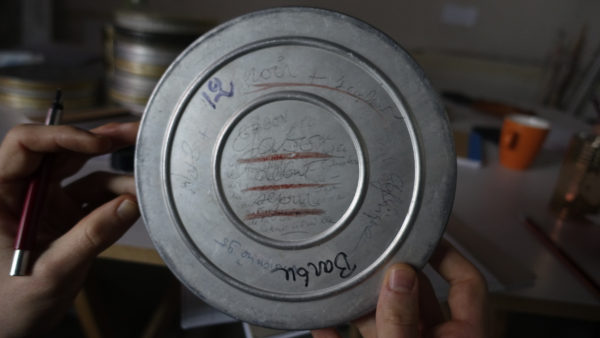 The artistic research project “Hors cadres” is lead by a collective of artists, teachers, curators and researchers, formed in February 2016.

Hors cadres was born out of the pressing desire to setup spaces and moments of reflection around the colonial past, through the study of films produced towards the end of XIX centaury, during the first hours of independence in the old colonies of European power.

Having worked initially on films backed by colonial governments, created for political propaganda ends, by missionaries, created for evangelical ends and by researchers as part of scientific missions, the collective will from now on be concentrating at family films shot on film cameras. The interest for these unknown cinematic productions lies in the spontaneity of the gest. Even if these private archives are exempt of the propaganda, voluntarily used by colonial states, the traces are still present. The private nature of these films allows us to decentralise our gaze from the discourse imposed by the official ideologies and offers us more singular and intimate readings of History.

The artistic practices that we will develop around these family archives will allow us to engage in a collective reflection around the processes of recall and forgetting that they generate and crystallise today.

The project is articulated around three axes: