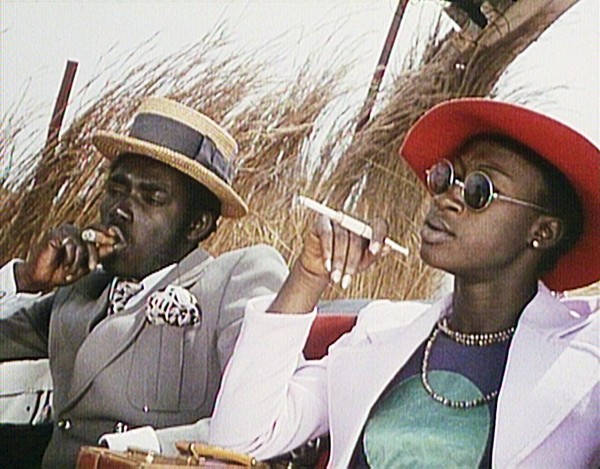 Synopsis
Mory, a marginal young shepherd and his girlfriend Anta, a provocative student, want to go to Paris. To fulfill their dream, they only need money for the voyage. Mory decides to obtain it by rather unorthodox means. A bittersweet meditation on the impossibility of leaving.

Biography
Djibril Diop Mambéty (1945-1998) was born in Colobane, near Dakar. He originally studied art history and theater in Dakar and then performed in many production and plays in Italy and Senegal. In 1969, he made his first short film, Contras’City, a documentary on the city of Dakar, followed in 1970 by Badou Boy, a humorous mid-length film that relates a chase between a street youth and a cop. Touki Bouki was shown at Cannes in 1973 and received the international critics award in Moscow. After Parlons Grand-mère, (1989), which documented the filming of Yaaba by Idrissa Oeudraogos, he directed Hyenas in 1992, based on the Dürrenmatt’s « The old woman’s visit ».

With the collaboration of the Fondazione Cineteca di Bologna