La guerre des boutons (The War of the Buttons)

From age 6 and up

Every year when school begins, the students of Longeverne and Velran go to war. At the head of the two camps are two valiant chiefs: the ‘Grand Lebrac’ on the Longeverne side and the ‘Aztec’ for Velrans. When Longevernes take a prisoner during the first battle, Lebrac has the idea of pulling off all the boy’s buttons, as well as his suspenders and belt, so he’ll be punished by his parents. The result is so brilliant that the adversary does the same thing, to such an extent that in order to avoid this extreme humiliation all the troops decide to fight naked. 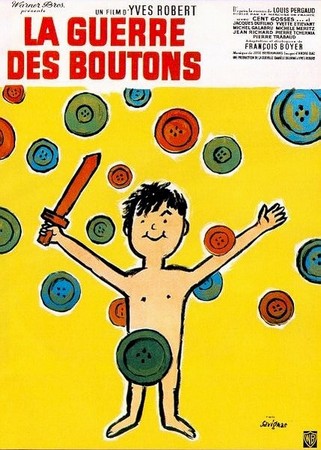 The projection will be followed by activities based on the film, and a children’s tea. We invite you to participate with a cake or fruit juice!
Reservations necessary: resa@khiasma.net / 01 43 60 69 72