John Akomfrah, The Nine Muses (2011)
Seance presented by Olivier Marboeuf, in the presence of the artist (to be confirmed)
Focus Riot : Brittish dessent cinema 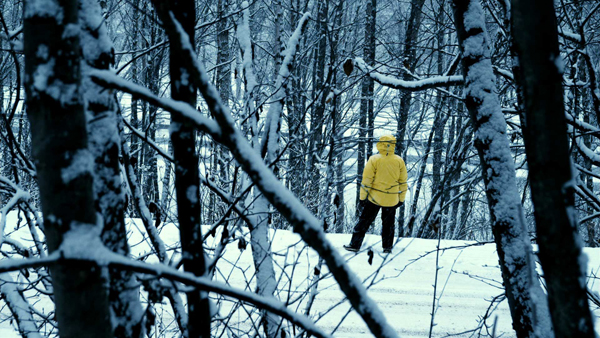 Synopsis :
Structured as an allegorical fable set between 1949 and 1970, THE NINE MUSES is comprised of nine overlapping musical chapters that mix archival material with original scenes. Together, they form a stylized, idiosyncratic retelling of the history of mass migration to post-war Britain through the suggestive lens of the Homeric epic. In addition to its resonance with Homer’s epic, THE NINE MUSES was devised and scripted from the writings of a wide range of authors including Dante Alighieri, Samuel Beckett, Emily Dickinson, James Joyce, John Milton, Friedrich Nietzsche, William Shakespeare, Sophocles, Dylan Thomas, Matsuo Basho, TS Eliot, Li Po, and Rabindranath Tagore. THE NINE MUSES is an journey through myth, folklore, history, and a museum of intangible things. It is a ‘sorrow song’ or ‘song cycle’ on journeys and migration, memory and elegy, knowledge and identity.

John Akomfrah is a member of the Black Audio Film Collective. Founded in a context of growing neo-Fascism, police brutality and extreme racist problems in the United Kingdom in the 1980′s, the Black Audio Film Collective (BAFC) produced some of the most poetic and provocative works of this period, before breaking apart in the 1990s. Handsworth Songs, the BAFC’s acclaimed film-essay, considers the racial riots of 1985 in Handsworth and London. Intertweaving archival photographs, excerpts from newsreels and a sequence of amateur films, the film is both an exploration of the documentary aesthetic and a meditation on social and cultural oppression seen through the prism of the racism and economic decline of Great Britain.