Ismaïl Bahri : Encounter with the artist and projection of excerpts from works in progress

This evening will be an open exchange between Ismaïl Bahri, Olivier Marboeuf (director of the Espace Khiasma) and the public, revolving around the artist’s video research and the exhibition he is preparing for September 2014 at the Espace Khiasma. In question : the Espace Khiasma as a site to be fabulated/created, a place to be haunted from another site—the Magic Cinema. What transfers or manipulations must be created between the two places ? How to evoke, or recount, one place from an elsewhere ? How to discuss an exhibition of videos when we find ourselves in a cinema ?

This event will be followed by another encounter at the Espace Khiasma, on April 14, during which the research for Ismaïl Bahri’s upcoming exhibition will be shared with the public in the space. An evening consecrated to questions of the screen, projection and cinemas. 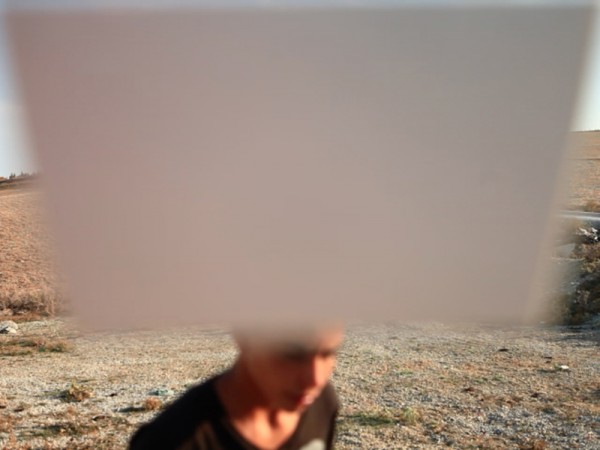 Ismaïl Bahri was born in 1978 in Tunis. He lives and works between Paris, Lyon and Tunis. He studied art in Paris and Tunis. His work is open to multiple cultural and aesthetic references and develops precise and sensitized visual experimentation. The results are drawings, videos, photographs, installations or hybrid forms drawing on all of the former. Simple materials are manipulated and transformed, by means of gestures and processes of frequently mechanical inspiration, linked to film and photography. Ismaïl Bahri’s work has been shown in diverse sites, such as the George Pompidou Center (Paris), the Collège des Bernardins (Paris), the Cinémathèque in Tangiers, the Staatliche Kunsthalle (Karlsruhe), Kunst Im Tunnel (Düsseldorf), the Centrale électrique (Brussels), the British Film Institute (London), the Mertz Foundation (Torino), or the Calouste Gulbenkian Foundation (Lisbon). Ismaïl Bahri has participated in exhibitions abroad, such as the Sharjah Biennale, the Rencontres de Bamako, Fotographia Europea, or in France (the most recent being Mandrake a disparu at the Espace Khiasm and L’arbre de vie at the College des Bernardins.) He has participated in video festivals such as Busan International Video art (South Korea), Cinemed Festival International Méditerranéen (France), Panorama des cinémas du Maghreb (France) or Videoformes (Clermont Ferrand). Some of his videos have been included in video compilations edited by the Lowave label.

He is currently in creative residence at the Fabrique Phantom (www.lafabrique-phantom.org).

Bande(s) à part, the occasion for the public to appreciate the work of an internationally renowned filmmaker : Chantal Akerman, with the ensemble of her works screened in her presence.

And to discover, with new cinematographic writing practices, a rebellious cinema, made and conceived of by a generation of filmmakers who dare to disrupt classic codes of narration : thirty films with a focus on Belgium, French innovations and an international ‘hors-champs’.