Seance presented by Olivier Marboeuf, in the presence of the director (to be confirmed).
Full fee: 8€•Reduced fee:6,5€ 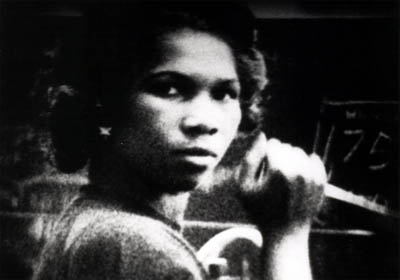 Synopsis
« The pivotal work of the Black Audio Film Collective, Handsworth Songs, is a concise articulation of the dialectic between crisis and difference, as well as a critical departure point—in artistic terms—on transnational post-colonialism. » Handsworth Songs presents itself as as analytical essay on the cultural conditions in which young Black men and women in the UK live and on the racist police techniques used against them ; however, the film, produced by Channel Four, is not merely a reflection on the structural violence of Thatcherism. As it follows the Handsworth demonstrations, the film situates itself on a different level : there is a question of Great-Britain… or of anywhere else. This ‘anywhere else’ is the post-colonial world at large.

Biography
Founded in a context of growing neo-Fascism, police brutality and extreme racist troubles in the UK of the 1980’s, the Black Audio Film Collective (BAFC) produced some of the most poetic and provocative works of the period, before breaking apart in the 1990’s. Handsworth Songs, the acclaimed film-essay of the BAFC, explored the racial riots of 1985 in Handsworth and London. Blending archival photos, excerpts from newsreels and home movie sequences, the film is both an exploration of the documentary aesthetic and a larger meditation on social and cultural oppression related through diverse accounts of racism and economic decline in Great Britain.