Do you like getting lost along the way? Going on unexpected detours? Finding secret passageways? Discovering hidden treasures? Finding friends and warmth, places in town? Places we talk about and places we imagine?

We are pleased to announce the release of the much-awaited Atlas Sensible, a participative cartography of North-East Paris based on an open collection of resources and artistic and cultural projects carried out in the local area.

The Atlas Sensible aims to transform the streets into a playground of exploration and discoveries. An out of the ordinary participative cartography, built together. Accessible anywhere including from your smartphone, the cartography archives experiences and builds links between known and less known spaces : Listen to where we go, look where we went, hear about who we have come across, map our surrounding and share ! 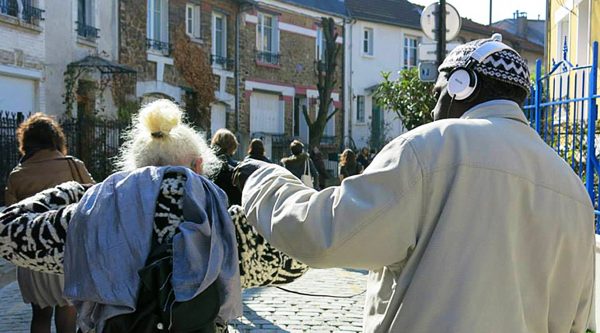 The Atlas Sensible is a participative project conceived by Khiasma and their partners and residents of North-East Paris. Through urban exploration workshops open to all, for all ages and all tastes, we will produce a collection of photos, sound samples, stories, videos, to re-appropriate the spaces that surround us, invent them or document them : enrich the map of the local area with experiences and represent all the diversity of our urban ecosystem.

An archive and a space of diffusion about projects lead by Khiasma and it’s partners, the Atlas Sensible transforms the streets into a playground of exploration and discovery. Visit the site now and send us your propositions!

Atlas Sensible is a project by Khiasma. It was lead by Pierre Tandille and Samuel Rivers-Moore in 2016. The project was enabled by thanks to the support of Région Ile de France and Paris Habitat.