Suddenly someone calls, cries, turns, someone goes mad, somewhere, someone dances, hits out, roams, someone sinks down, struggles, believes, something burns, smokes, stirs, someone is searching and becomes lost, watches, bleeds and writhes, breathes and breathes again, burns and smokes memories and places, someone has already come, doesn’t remember, returns, someone walks, touches, breathes, dies and comes back to life. 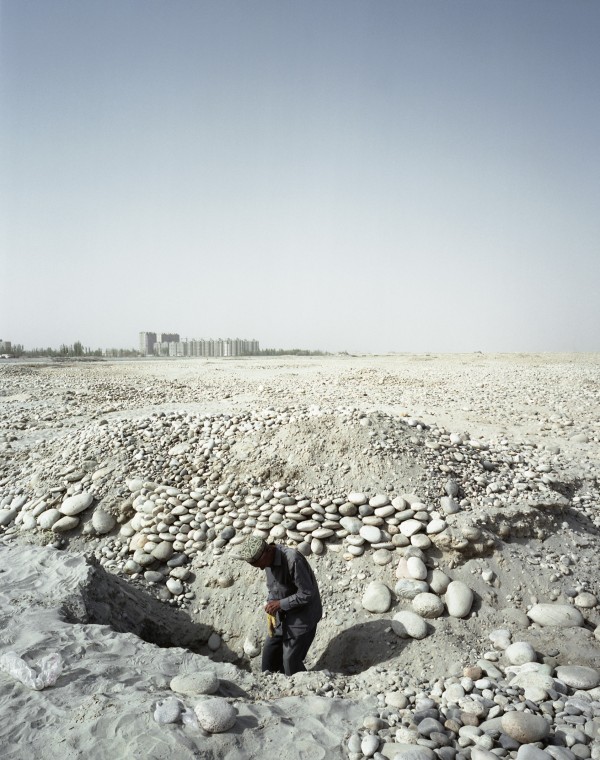 For Khiasma, François Daireaux has conceived of a space where short fragments of a vast selection of his videos from the past ten years, made in China, India and the Maghreb, interact together, both in dialogue and struggle. Friction of temporalities, fracture of geographies, “Soudain, un léger mouvement dans l’ordre naturel des choses” (“Suddenly a slight movement in the natural order of things”) composes a unity of place, filled with flame and smoke, furor and voices; a social sculpture of the globalized world, startling and absurd. We’ve known him as a tireless observer of the gestures of work, here he is the witness to a body that lets go and is thereby reborn to a radical madness.
In parallel to the exhibition, a series of projections at the Espace Khiasma and other associated venues will allow you to discover a selection of his new and recent films.