Meeting point: beyond my body

The contemporary era forces us to question the importance of the Western fairytale – even more, it forces us to rethink the subject and its construction.
«Meeting point: beyond my body»  probes into a territory in which new subjectivities appear, by imagining a multiple body, which is both a receptacle for History and a surface on which history is inscribed.
In this exhibition the body becomes a territory of words spoken by a multiplicity of voices; a place where struggles of the past, forgotten narratives and actions reappear; a paradoxical meeting point between biography and invention, between personal history and a projection towards the unknown.
Instrumentalised or constrained by social norms, this possessed body suddenly explodes beyond its boundaries, revealing itself to be vaster than its envelope. It imposes itself as the necessary heritage of modernity’s dystopias, but also, paradoxically, as the only territory where geography and History are shared.
It is this body that emerges from the dark, at the same time strangely familiar but also penetrated by narratives that are not its own, a witness and actor of a contemporary history in the process of inventing its form. 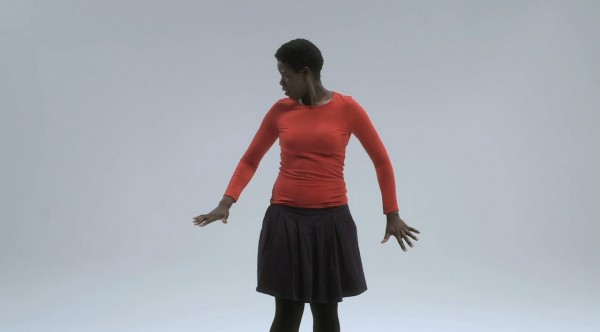