What is this untimely figure that bothers the day? Who are those who emerge from the shadows to sow dissension and harass the asleep? Who are those who stay up at night tearing calendars to shreds, inventing words, restaging battles in other places? Who are those who mimic wild animals? Who are those talking too loud and pressing their dirty faces up against the windows of the master’s abode? Who are those who jostles History and laugh of its forgotten chapters? Who are you, ladies and gentlement, to talk to me that way? Cherish bad company and burning oil, relish the disorderly continents scattered over a pool of petrol, love and quit your bodies, friends, enemies, love without end!

Built around Fabrizio Terranova’s film on Donna Haraway, Excusez-moi de vous avoir dérangés (I’m sorry I disturbed you) turns the gallery space into a game of cat’s cradle, weaving together new narratives that interrupt the flow of history, disturb the order of things and the hierarchies of speech. Party poopers who take the liberty to bend time, chew the past, wheel and deal the future in the present-day of vibrant bodies, hybrid and unsettling, marked by the paradoxes of a shared history, and of a future that will inevitably be so too.

With the support of Spectre Productions, Graphoui Asbl and the Centre de l’Audiovisuel à Bruxelles (CBA). 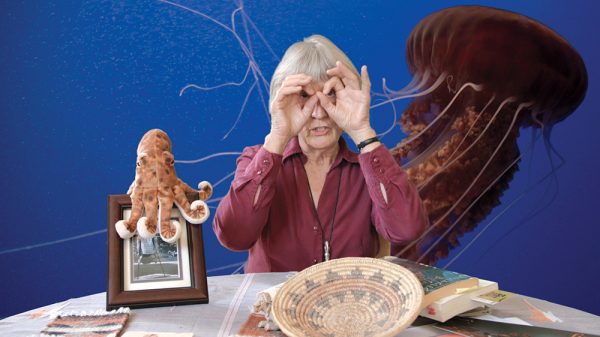