“You learn a lot by going out in the field.”
Dominique de Villepin, visiting a camp program/1 o’clock news program/ France Inter/7.22.2005

In STADE BANAL, presented on September 23 at the festival of live literature RELECTURES, Matthieu Dibelius doesn’t content himself with identifying pat formulas, “ready-for-communication” (good treatment…process of reinsertion…fields of intervention…proximal approach...), but examines the apparent authenticity of “talking real, talking cash”:
“Do you really want to know what I think? Well, I’m going to tell you” (meaning “I don’t practice double speak”). An emotive response produced immediately after a shocking news event: by systematically asking government ministers “what is your reaction?” instead of “your action?”, the language of journalists adapts to the language of politicians, which itself adapts to the rhythm of the press as much as to the general tone of audiovisual medias. 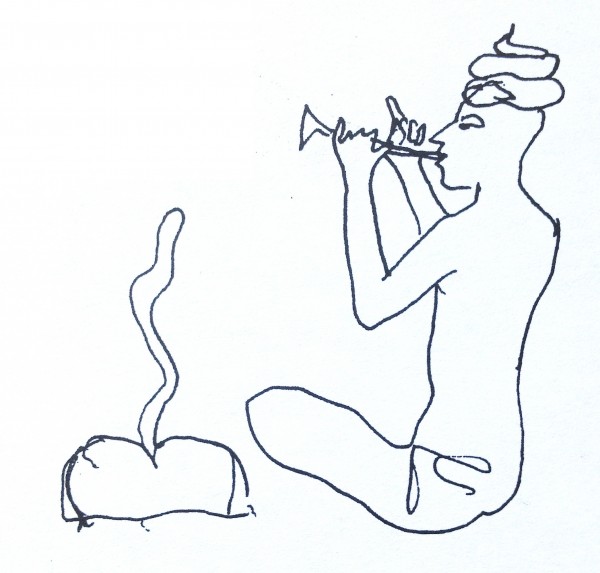 Matthieu Dibelius goes further, by taking up the proposition of Foucault on the subject of the writings of the “fou littéraire” Jean-Pierre Brisset:
“We could imagine that each word of the language serves to analyze all the others; that they are all, each for the other, principles of destruction; that the entire language decomposes from within itself.”
Choosing any word, however gray it may seem in the dictionary, he convokes and provokes others, deploying a vast FREE RANGE LEXICON OF MEDICAL HEALTH. With the patients and care-givers of the Centre Antonin Artaud in Reims, he has composed a LEXICAL RECITAL, relayed by MEDIAPART. The group’s writing workshops are broadcast on R22 TOUT-MONDE.

“Starting with my first reading homework assignments, for every novel on the program, I jumped pages” he says, “swinging on the diagonal, pretending to recognize characters when in fact, I’d been stopped by one paragraph, amazed by a passage, without retaining the sense of the thread of the story, nor worrying about the outcome. Just for the pleasure of tasting a salvo of isolated lines or the conflagration of a dissonant image. Too bad for the contextual superstructure and the retrospective balance. I preferred to let go before a vision of the whole obstructed me. And there was nothing deliberate in this counter reading: I always read by hazardous break in, association of ideas, an intuitive mishmash with neither head nor tail.

Having grown up in Germany, the source, normality and authority of the French language was located elsewhere. I learned it confusedly, from the exterior, without being able to refer myself to a language that was mine. French became a source of legitimation. We frequently hear “My credibility depends on it” when someone forces himself to use a professional and specialized jargon… Over time and through encounters, I assimilated the legitimacy and credibility of the language to the mechanism of a clock, to be endlessly taken apart, endlessly wound up. “After a certain number of years, even France should change its name, through honesty, to free itself of the myth of ‘France’,” Michaux said.

Straddling two cultures, cultivating the art of creating bridges, in permanent transit between artistic practice and actions in medical-social sectors, Matthieu Dibelius created LES ALENTOURS in 2011, a free-exchange zone between artists, health care-givers and patients.
Whether it’s a collaboration between a speech therapist and a rapper, a psycho-motor therapist and a choreographer, or a health care assistant and a video artist… Their relationships upset hackneyed ideas by prioritizing emerging concepts over competencies. The encounters are initiated outside of the medical domain and are an invitation to imagine new forms of social contact, refusing to limit artistic action in the health care-giving sector to its eventual therapeutic effects.
Neither a prestigious nor a consensual operation, but a sensitive approach to the “marginal”, opposed to any logic of “service”. No undesirable actions in confrontation with pertinent actions. Not a repository of knowledge or power, but a collection of reciprocal curiosities that are potentially compatible. A relationship that presents itself as a long-term to be tested, to be invested in and especially as an invitation to question the manner in which practices are transformed when they rub up against each other.

In response to “transversal and mutualized actions”—vague notions used in inappropriate situations—LES ALENTOURS proposes the obsolete term “esgarder”: situated somewhere between “regard”, “égard” and “s’égarer” (“regard”, “esteem” and “lead astray”).

“Getting the language to move. That’s how we advance: from fall to fall, from one error to another. The life of language, you know, is misunderstanding. A perpetual sliding,” Jean Tardieu