On the occasion of the exhibition by artists Filipa César and Louis Henderson, «Op-Film: An Archaeology of Optics» at Espace Khiasma (29th March — 28th April in Les Lilas, on the outskirts of Paris), Khiasma presented Black Lens, a two-day experimental seminar at La Colonie (Paris) on 29th-30th March, associating a series of screenings, audiovisual performances and conversations by artists and theorists from France, Germany, the UK and Portugal. Here is the pictures by Romain Goetz.

Black Lens unfolds as one long conversation ongoing over two days — an open work space to share forms and research interrogating the conditions of invention of safe spaces through gesture and narrative, code and body. Following on from the exhibition Op-Film: An Archaeology of Optics, Black Lens attempted to trace, within technologies of sight, the contours of minority ecologies, forms of life and of knowledge transmission. From humus to ocean, algorithm to creole, from surface to depth — where are new zones of conflict drawn out and where do they crystallize? Where can the voices we need to struggle with be written out and woven? 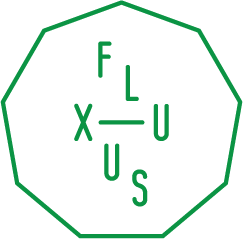