The Sea Is History

A poem by Derek Walcott

Shot in the Dominican Republic and in Haiti, Louis Henderson’s film « The Sea Is History », presented within his exhibition Kinesis, is adapted from a poem by Caribbean poet Derek Walcott (1930-2017). 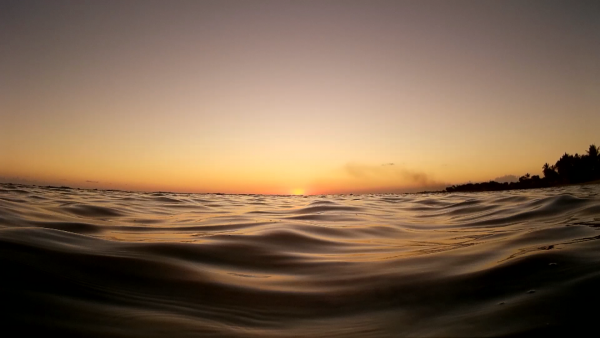 The Sea Is History

Where are your monuments, your battles, martyrs?
Where is your tribal memory? Sirs,
in that gray vault. The sea. The sea
has locked them up. The sea is History.

First, there was the heaving oil,
heavy as chaos;
then, like a light at the end of a tunnel,

the lantern of a caravel,
and that was Genesis.
Then there were the packed cries,
the shit, the moaning:


Exodus.
Bone soldered by coral to bone,
mosaics
mantled by the benediction of the shark’s shadow,

that was the Ark of the Covenant.
Then came the plucked wires
of sunlight on the sea floor

the plangent harps of the Babylonian bondage,
as the white cowries clustered like manacles
on the drowned women,

and those were the ivory bracelets
of the Song of Solomon,
but the ocean kept turning blank pages,

looking for History.
Then came the men with eyes heavy as anchors,
who sank without tombs,

brigands who barbecued cattle,
leaving their charred ribs like palm leaves on the shore,
then the foaming, rabid maw

of the tidal wave swallowing Port Royal,
and that was Jonah,
but where is your Renaissance?

Sir, it is locked in them sea sands
out there past the reef’s moiling shelf,
where the man-o’-war floated down;

strop on these googles, I’ll guide you there myself.
It’s all subtle and submarine,
through colonnades of coral,

past the gothic windows of sea fans
to where the crusty grouper, onyx-eyed,
blinks, weighted by its jewels, like a bald queen;

and these groined caves with barnacles
pitted like stone
are our cathedrals,

and the furnace before the hurricanes:
Gomorrah. Bones ground by windmills
into marl and cornmeal,

then came, like scum on the river’s drying lip,
the brown reeds of villages
mantling and congealing into towns,

and at evening, the midges’ choirs,
and above them, the spires
lancing the side of God

as His Son set, and that was the New Testament.

Then came the white sisters clapping
to the waves’ progress,
and that was Emancipation —

jubilation, O jubilation —
vanishing swiftly
as the sea’s lace dries in the sun,

but that was not History,
that was only faith,
and then each rock broke into its own nation;

and the furred caterpillars of judges
examining each case closely,
and then in the dark ears of ferns

and in the salk chuckle of rocks
with their sea pools, there was the sound
like a rumor without any echo