Hétérogénéités Situées is a project by the Swiss artist Yves Mettler. Begun in 2013, it is composed of 3 collaborative exhibitions/interventions in Berlin (Verein zur Förderung von Kunst und Kultur am Rosa-Luxemburg-Platz e.V., April 2013), Lausanne (Standard Deluxe, June 2013), and Les Lilas (Khiasma, June 2014). At each of the sites, the artist decided to interrogate the « relation » to Europe via a common, generic material: an iconographic corpus of « places de l’Europe » (or « Europe Squares ») in France, Switzerland and Germany.

Khiasma accompanied the third and final stage of this program in Seine-Saint-Denis. Yves Mettler chose the “place de l’Europe” in Bobigny, located at the heart of the Cité de l’Abreuvoir. This cité-jardin, designated as part of the (French) patrimony and conceived of by Emile Aillaud in 1952, was progressively divested of all its urban infrastructure; the public space was no longer public. For the artist, bringing something forth from this land fallen into disuse seemed the most coherent intervention. Thanks to the complicity of Michèle Renard, director of the Fox street theater company, in residence in the cité since 2005, who soon became implicated in the project, Yves Mettler was able to share ideas with many inhabitants and decided on an object for a possible intervention: a public bench. And so he imagined an in-situ bench along the lines of the “technique du pisé” (or “rammed earth technique” in English): fresh earth is tamped down in layers and can be immediately removed, metaphorically exhuming the buried strata of History and proposing to create new conditions of transmission. This process was accomplished during the week of June 2 to 7, 2014, in front of the atelier of frescoes made by the Fox company, offering an ideal vantage point to observe the walls that had been painted by the neighborhood children.
This “wild” intervention in the public space, rapidly appropriated by the inhabitants, allowed experimentation with a veritable space for dialogue. Other benches may follow and thus welcome in a project of public reading based on an important “harvesting” of stories undertaken by the Fox company over several years now.

A few days after the inauguration of the bench, Thursday June 13, Yves Mettler and his guests (Arnaud Elfort, Juan Camelo, Jeremy Lecomte and Tilo Steireif) came to the Espace Khiasma to share with the public, in the form of an ephemeral exhibition and debate, different manners to think and inhabit urban space. This encounter served as an echo to the intervention of the Pérou collective in spring 2014 and to the round tables in May at Khiasma, “La fin des cartes”. This program, which questions rights in the city and the new tools for its governance and representation, will be continued in the 2014/2015 season by other encounters and exhibitions. 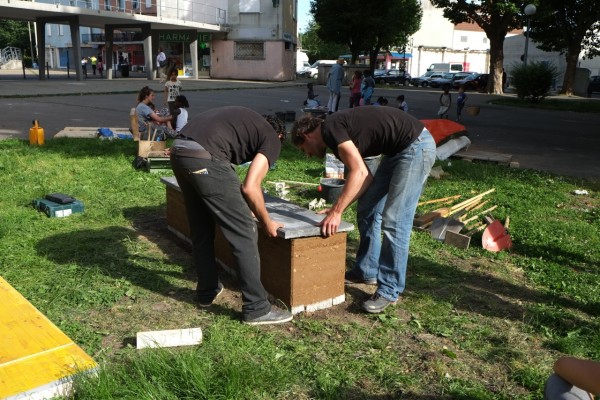 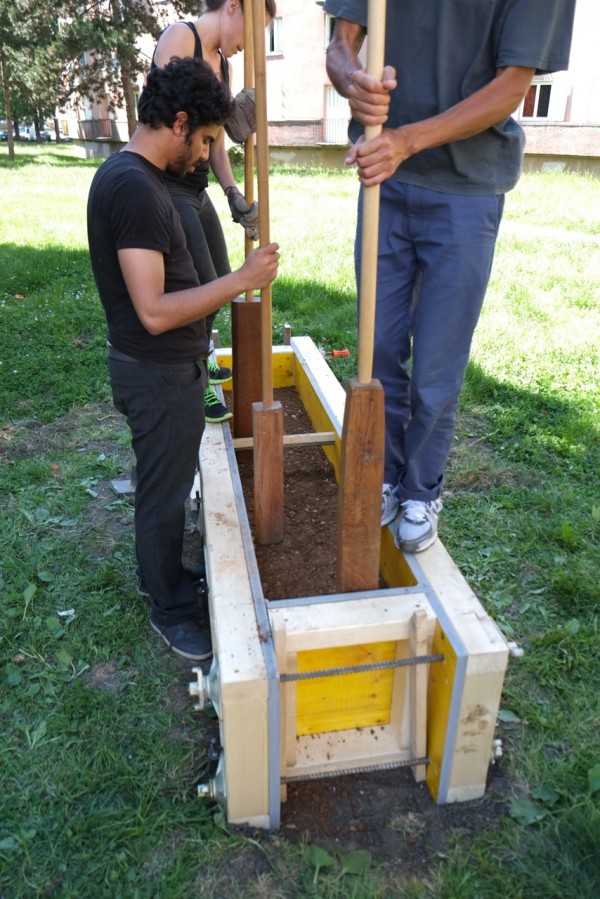 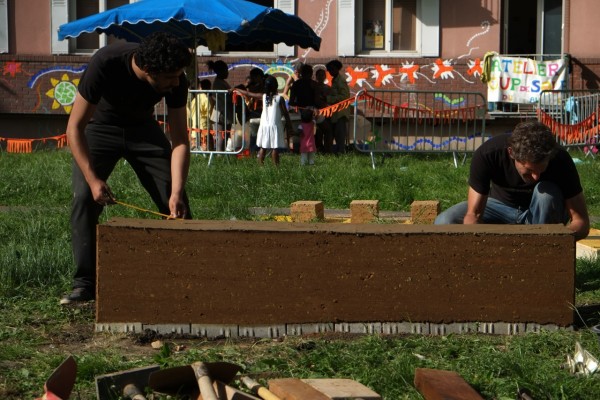 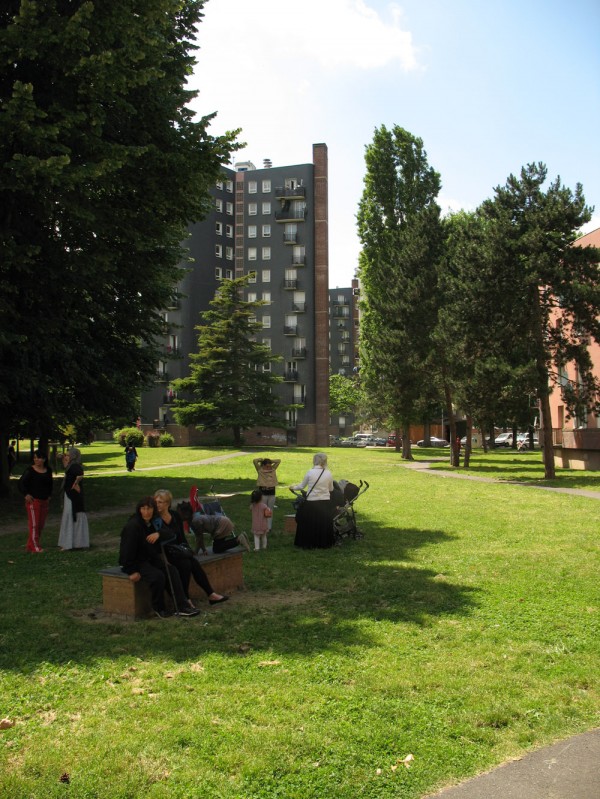 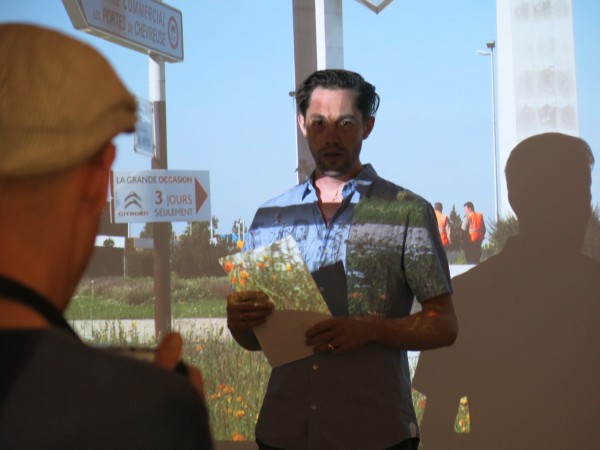 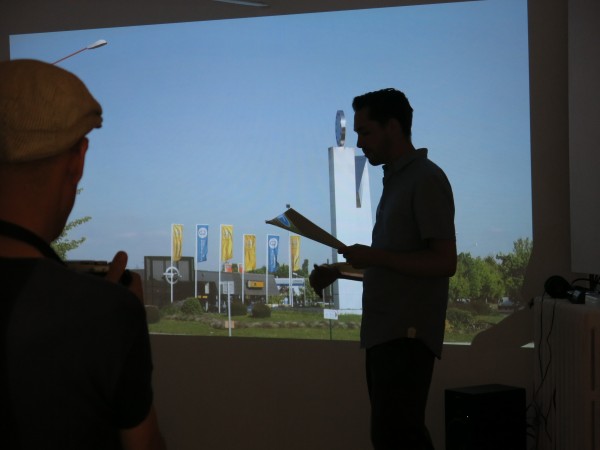 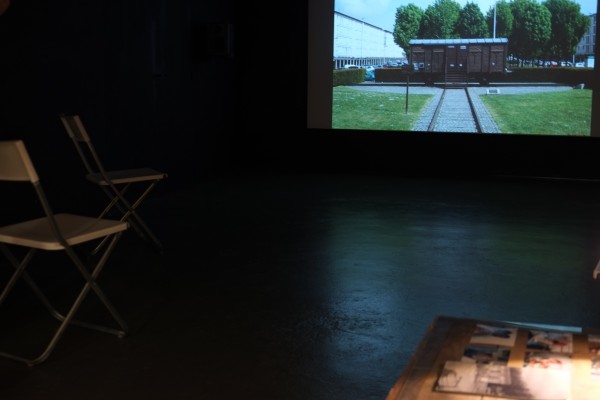 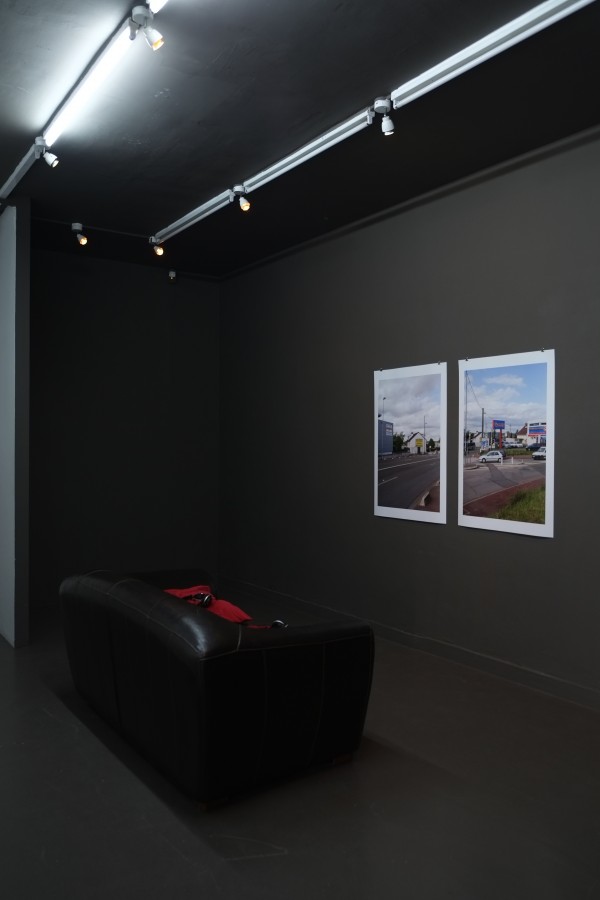 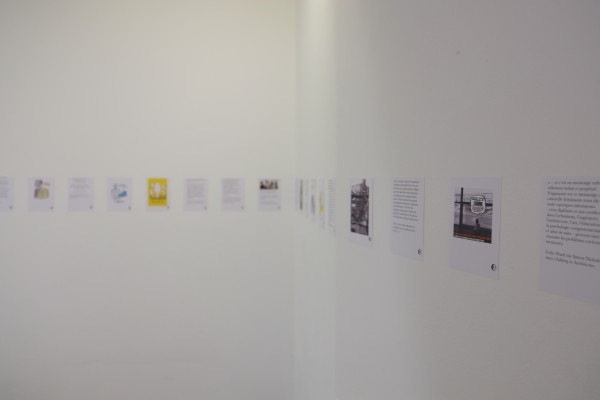