For the 31st edition of Lundi de Phantom, Ismail Bahri returned to l’Espace Khiasma to present his most recent research, filmed between the Isle of Ushant and the Tunisian dessert.

Almost five years have gone by since Ismaïl Bahri’s last public conversation at Khiasma. Moments of sharing of his experiences, his doubts, his trials and errors, original versions of particularly significant images; some others that in the end will not to resurface. All these fragile instances put together contribute to the uniqueness of Lundi de Phantom program. Ismail has since travelled far and wide, from the Sharjah Biennale to the Jeu de Paume amongst others, while his film, “Foyer”, born out of the “Sommeils ” exhibition at Khiasma, has also toured the world, procuring a number of prizes along the way. Hence what a pleasure it was, to host Ismail Bahri once again, for the opening of a new year of Lundis de Phantom.. A new story begins, the flow of uninterrupted conversations endures, with the possibilities of the storm acting as a starting point. 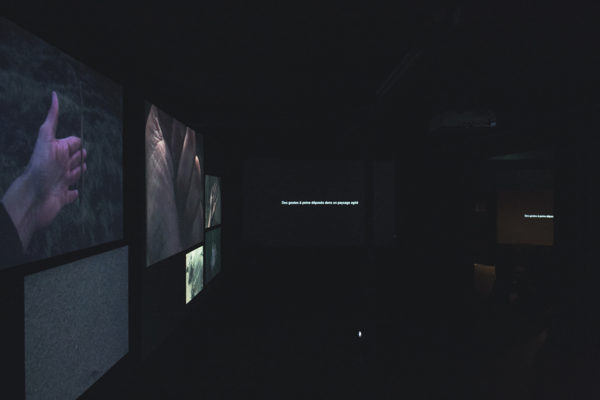 Words taken from a notebook, projected into the depths of the space, waiting amongst Ismail Bahri’s silent windows. It is 6.30pm, Lablabi, a Tunisian speciality, is being prepared upstairs, the odours of which are lightly masked by the smells of fresh paint downstairs, an exhibition space, a refuge. A constellation of video-vignettes dress Khiasma’s walls. The images breathe silently, accompanied by the murmur of the video-projectors.

Ismail Bahri captured these images two weeks earlier, of the isle of Ushant and the Tunisian dessert. Together they document an ensemble of delicate anxious gests, exposed to the wind. Twigs spiralling between fingers or obstructed by a body, the movement of the sand in conversation with the movements of the hands and the sudden apparitions of small ambiguous objects, reminding us of the movement that ensues. Each video is a tensioning of a moment of encounter revealed to the wind, each gest is defined by a tremor. 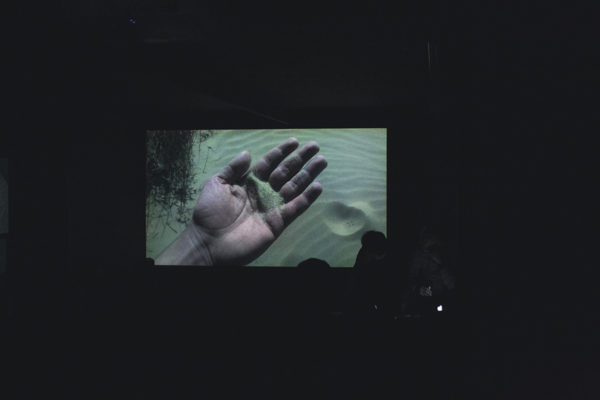 Image of the exhibition – Photo by Romain Goetz

Gradually the space begins to fill, the sounds of reunions lend rhythm to the arrivals, a meal is shared, the videos disappear behind the silhouettes of guests, reappearing between the gaps. Next to the exhibition space, a documentation and research space, confided to ExposerPublier, a collective of artists and graphic designers, currently in residence at Khiasma. The booklet accompanying Bahri’s work is on display. Catalogues, archives, flyers from past exhibits, extracts from interviews and sound resources from the web-radio r22 Tout-monde. Thought up as a sort of archival ‘mille-feuille” of the present, the space will adapt and transfigure in time with rhythm everyday life of space, giving place to the construction of a documentation base (books, films, sounds and archives from the association) to be consulted on demand. 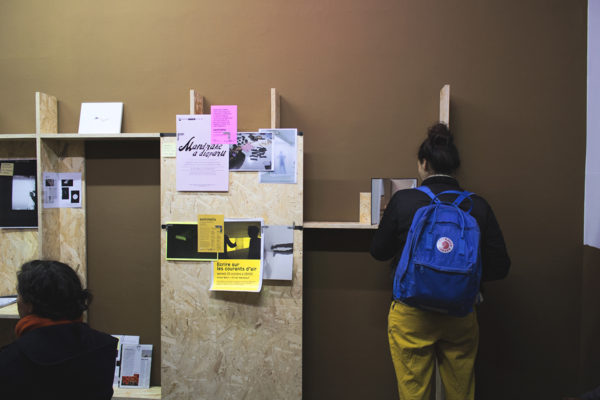 It is 9pm, in the dark the bodies get closer, the conversation around Ismail Bahri’s work begins, and you can listen back to it here : 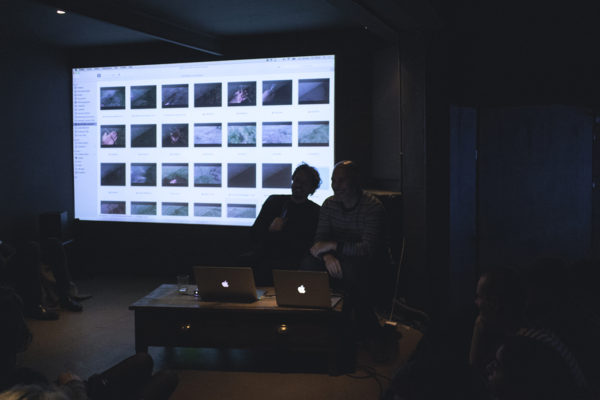