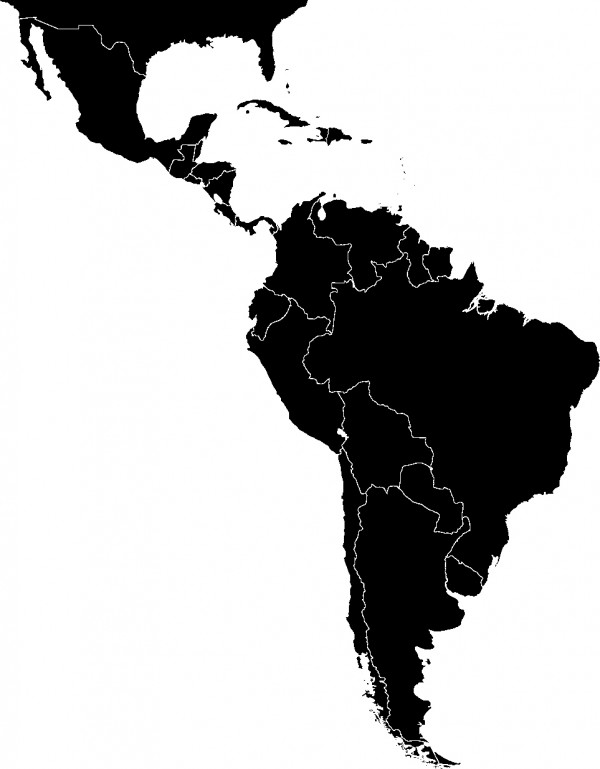 In contrast to the Latin American and Caribbean countries which have democratically established geopolitical, economic, financial, educational and cultural structures through the voting process, (French) Guiana is a contested French and European military corridor, in view of the numerous international violations exerted against its population and a so-called referendum (January 10 and 24, 2010) which was anything except that, as it was crafted by the [former] president, Nicolas Sarkozy and rejected by 71% of registered voters (per cent of abstentions). The country is occupied by its indigenous peoples and migrant populations similar to those of Brazil, Suriname, Guyana, Venezuela, Bolivia, Peru, Belize… It is situated between the Federal Republic of Brazil and the Republic of Suriname.

The Oyapock river toward Brazil and the Maroni toward Suriname are the natural frontiers of navigation; these liquid routes are more reliable today, in consideration of structural non-development. The country appears to be the poorest in the region. Its multiple resources: fossils, fishery sciences, petroleum products, mining products (gold, lead, manganese uranium, bauxite, aluminum, kaolinite, diamonds…), wood, biodiversity and the Amazonian environment are all pillaged by multinational consortiums which are granted by the French State reserved rights of access for exploitation, patenting and bio-piracy. The detached administrations (Regional Direction of Industry and Research, the Regional Direction of the Environment, the Departmental Direction of Equipment, the National Office of Forests and Customs) participate directly in the spoliation of its riches with no fair return to the nation.

The Martiniquan writer Édouard Glissant pointed out the distortions that exist between the reality of a democratic system and the appearance of that same political system. The so-called democracy in French Guiana is resumed by a non-legitimacy of its elected leaders due to statutory obsolescence. The September 18, 2009 request that French Guiana be registered on the list of countries to be de-colonized at the UN, a request addressed to the president of the Special Committee on Decolonization, is today re-addressed to jurists, professionals, universities, unions, civil society and associations with the objective of obtaining the largest adhesion of Guyanese people. We will use all means of legal and illegal recourse to ensure that the voice of French Guiana is heard by the UN, OEA, CARICOM, ALBA, MERCOSUR, UNASUR, EOALBA, CELAC and the World Peace Council. We recall that faced with the abuses of the UN and the hegemonic obstinacy of France, French Guiana, whether emancipated or not, still continues to be dispossessed of it memories and patrimonies.

Given its geographic position, French Guiana serves as an advanced base for all international operations of destabilization of legitimate governments. The February 29, 2004 intervention in Haïti, the espionage plane Hercule C 130 which was immobilized in Manaus on July 9, 2008 after having flown over Brazilian airspace as part of the operation “July 14” with a mission of liberating Ingrid Betancourt, a utilization of the territory as a zone for armed expedition against the Suriname government in place, from 1982… Troubiran radar and the Guyanese Space Center permit the observation of all the countries in the region, so as to control Latin-American and Caribbean revolutions. With the arrival of Galileo (military satellite), France disposes of 40 000 men, espionage elements and military retirees locally active at the command center of the armed forces and information agencies stationed in French Guiana; France can intervene against Guyanese independents and the peoples or governments who support struggles against any and all forms of imperialism on the continent. The President of the French Republic has the power of decision over this formidable arm.

The France-USA neocolonialist management collaboration (US military presence in Colombia) weakens alternative movements linked to the quest for peace. For example, due to the differences between Venezuela and the US, France has taken charge of investigations of Venezuelan soil. The exclusive (colonial) relations between France and French Guiana result in the systematic exclusion of French Guiana in affairs that concern the continent to which it belongs. On the agricultural level, bovine stock is made up of Italian zebus and bulls imported from France with the prohibition of ordering any from Brazil. Gold produced in French Guiana is rolled into sheets in France, then returned to Guyanese jewelers. Commercial and cultural exchanges are facilitated toward Europe, but are quickly turned into administrative and diplomatic red tape as soon as there is question of circulation on the continent. Elected officials hailing from the Guyanese populations have no power in matters of inter-regional cooperation; here again, it is the French State which decides for its institutions in consideration of Franco-European interests. In contrast, French Guiana is used as a means of infiltration and influence in the international meetings that are held in the zone: Suriname, which is a member of the OEA, ONASUR, CARICOM and the OTCA, has officially recognized French Guiana as a French department, in a gesture of metaphysical neighborliness. The tentacles of French diplomacy forbid the emergence of any political circumstances that would solidify the intensity of a collective perception of a common destiny for the Guyanese people and its optimal degree of sovereignty.

The law for amnesty voted on April 4, 2012, by the Suriname deputies in favor of Mr. Desi Bouterse, elected president on August 12, 2010, put an end to the proceedings engaged by the former colonial power and Suriname for the alleged liquidation of 15 opponents. What a lesson to be learned from the disapproval of The Hague, which immediately called back its consulting ambassador from Paramaribo, as well as the US and the French chancellery. Suriname supplies France with bananas, yet staple products delivered to French Guiana: rice, sugar and bananas, are destroyed by Customs and agricultural sanitation services, even when sellers present the required administrative papers. These scandalous acts of vandalism oblige the Guyanese to consume beetroot sugar, rice from the French Camargue region, bananas from Martinique, force them to reduce the purchase of educational materials at competitive prices in favor of service providers who import these products from France at prohibitive cost. French Guiana suffers from this dietary, educational and agricultural democracy. The French Guiana-Suriname partnership must affront obstacles inherent to colonization. Western countries continue, from inside French Guiana, to interfere in Suriname affairs, even though a diplomatic protocol of non-intervention seems pragmatic. We assert that this government is the victim of racial discrimination; In memoriam: the “Promotion of National Unity and Reconcilation Act” of 1995, under the presidency of Nelson Mandela, which was welcomed by the so-called international community. The project for a trans-boundary bridge between French Guiana and Suriname, favored by the president of the Republic of Suriname, a bridge that would facilitate the free circulation of goods and people from Patagonia to Belize, has been suspended, as has been the project for the ghost “Berlin Wall” bridge, built over the Oyapock. There is no rush in procuring chicks, a subsidy is offered to Guyanese poultry farmers if they buy stock ‘made in France’. No matter what the question, a response will be found for French Guiana; forty thousand tourists pass by the Albina ferry, to the border city of Saint Laurent du Maroni. The prohibitive cost of a French visa procured at the place Kwaku (Paramaribo), is a mystery to no one in French Guiana. France has made the choice of bridling their neighbors; it is a scandal. And yet the Presidents of Bolivia, Venezuela, Uruguay, Ecuador and Argentina regularly refuse to let France participate in international meetings whose objectives are to preserve shared Latin-American interests.

Over the course of ten years, private initiatives have succeeded in guaranteeing that Guyanese groups participate in the World Social Forum at Belém, Porto-Alegre, or that independent movements participate in the Congress of the Brazilian PT. Guyanese inter-scholastic sporting events must assume a new framework in the development of harmonious and fraternal relations.

Let us return to the analysis of the distortion of democracy in our country (as the most perfect European form of the quest for well-being and the problem of its appearance masking its colonial nature), evoked earlier with Édouard Glissant (and reproduced here in our Guyanese context). We prolong it with the following from the writer Patrick Chamoiseau (in “Manifesto for a Meta-nation”, paragraph eleven): “Sovereignty puts an end to all form of colonization by granting to a collective entity a political tool capable of (…) mastering and choosing the interdependencies that are necessary to it.”

The entity of history, culture and identity that constitutes the Guyanese people has thus achieved the intention and requirements of a global project, of an independent State, of a defined pact and world vision. We demand a Guyanese sovereignty registered in the same was that an ecosystem would be registered within the ecosystem of the world. This sovereignty shelters our united peoples and is the expression of our common will, a dynamics of our sumptuously legitimate consciences of remembrance of our living group entity.

Marie-Claire Newton, Pierre Carpentier and Servais Alphonsine adhere to the Movement for Decolonization and Social Emancipation of French Guiana; Raymond Charlotte is the co-founder of the Guyanese Organization of Human Rights, poet and representative in French Guiana of the Ibero-American Seminar of Socio-economic Studies, one of the living fathers of the Guyanese nation.

Pierre Carpentier is a poet, Commissioner of International Relations at the MDEW and member of the Tout-Monde Institute, founded in 2006 by the Caribbean poet Édouard Glissant.